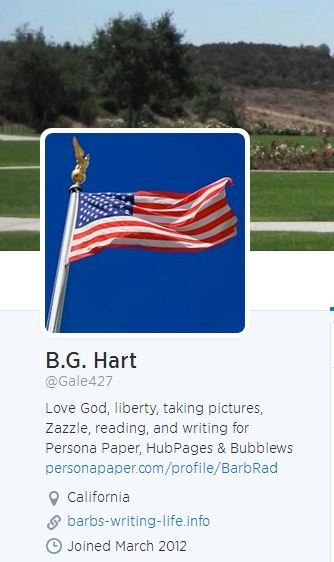 To sum it up in one sentence: Show anyone who looks at your profile who has similar interests that you are worth following.

So how do you do that?

I consider a quality tweet one that offers value to your readers. It may or may not be a post for something you wrote or are trying to sell. It may be something you read on a website or blog you thought was useful or interesting enough to pass on to your followers. It may be an original but catchy statement that would appeal to your readers and be easy to retweet. It may be a quote from someone else. It may be photo. It should be consistent with the sort of person your profile says you are. If you want to come across as rational and authoritative in your area of expertise, you shouldn't be posting anything profane or insulting. If you need to disagree, do it agreeably. Treat others as you want to be treated. You can always block someone who tries to bait you into an argument.

A balanced Twitter feed has a variety of quality tweet, retweets, and interactions with others. If I send out five tweets to my own work, I try to send a couple of retweets, a link to a site I do not benefit personally from, and an interaction or two. That shows people looking at my profile that I read the tweets of others, I talk to them, and I retweet them. They then have reason to believe I will treat them the same way. They will also know that if they follow me they will see more than a constant stream of links to Bubblews or Persona Paper or any other site I write for. Or a series of sports scores. Or a repetitive sales pitch to buy followers or whatever. Spread your net wide with a variety of tweets.

Remember, most people make their decision whether or not to follow you based on your last five tweets. That's because experienced tweeters often are working within a program like Hootsuite which only shows that many at a time. They have to make another click to see your full profile. I got a bit unbalanced on the account shown in my photo this last week because most of my posts had something to so with the closing of Squidoo. But many of my followers are (or were) fellow Squids. That account is the primary one I use to connect with writers.

How Should I Interact With Others?

There are many ways you can show people you are noticing them. You can create lists and put people on them. They love that. You can answer questions they've asked in tweets or reply to comment on something they said in a tweet. If you tweet something you think would interest a particular follower (or non-follower) you want to be sure they see, mention them by putting the @ sign before their Twitter name.

Do not overuse this last technique. Your tweets should not be links followed by @_____ @______ @_____ , etc. I suggest you don't jump on the FollowFriday bandwagon. Some people's Friday Twitter streams are filled with posts full of mentions of people to follow. I often suspect this is only a way to get those people's attention. If you want to offer value for FollowFriday, mention just one person and explain why he or she is a great person to follow.

Here's one thing I do. When I check profiles to decide if I want to follow, I look for just one thing I can retweet that person posted. Or one thing I can reply to. Or both. Then I do those things. That has gotten me a lot of followers I would not have gotten otherwise.

Many people new to Twitter start following everyone who follows them or as many people as they can. Don't do that. Check the profiles and make sure you will be interested in what that person tweets. See if they interact back when you interact. I suggest you use the FOPP hashtag or personapaper to follow others from this site who know you and will probably follow back. It's great if you can start with about 20 followers before you try to follow people you don't know. You never want to get an unbalanced ratio where you are following over 200 with only 25 following you. Let those followers build slowly and be people who will really read some of your tweets.

Here's another hint. Do you have your own blog? Every Monday you can use the MondayBlogs hashtag to post a blog link, but only on Monday. You should then read a few of the other posted blogs and retweet them. Comment on some if you can. This will get attention from other writers. They may also retweet your blogs. Especially if they are reviews of books they've written. (This is a great way to get writers to follow you. Just say something nice about one of their books you read, use the @_____ for the author, and put a period in front of it. Then be sure to check your mentions on your Twitter dashboard everyday to see if you need to respond back to anyone.

Here's a real life example of something I did tonight . I saw I'd gotten 12 new followers this week on one account. I decided to check profiles to see whom I would follow back. All but one of them were Bubblers. The other one was promoting a site that sells followers. (That's a no-no with me.) As I checked the Bubblers, I decided to follow only one – the one that had a complete profile and some interesting Bubbles. The rest appeared to be those who collect followers, might break rules, and only tweet their own links.

Follow only those whom you really want to read , and don't worry about whether they follow you back. Some will also follow you that you won't follow back. If someone is sharing valuable information you won't want to miss it. Many of those who do that have thousand of followers and only follow a couple of hundred people.

I hope some of this has helped some of you with little Twitter experience. I've been learning these things over the years I've been on Twitter, and I'm always learning something new from someone. Feel free to add your own experiences and hints or to ask questions about something I've said and maybe not explained well enough.

Image Credit » I made the screen shot from my own Twitter profile.

Wow! I think I should print this out and keep it close! I now need to go and create a twitter account and build it up.

You do that. Then follow me so I can find you and be your first follower.

FollowFriday used to be quite useful but it is not just people spamming really. Do they still do WritersWednesday (#WW) that used to be a good help when I was starting up because it helped you find other writers

I am semi twitilliterate, so help me out here, what is an egg?

I don't know. I've never heard of it. Try a search and see if anything recent comes up.

An egg is the default avatar given to people who don't upload an avatar. If you don't upload, say, your photo or a cat photo, you will be an egg by default. People on Twitter don't take eggs seriously.

Loads of us at helium used to participate in it, I must check the hashtag and see if its still going on, or I guess wait till Wednesday and see 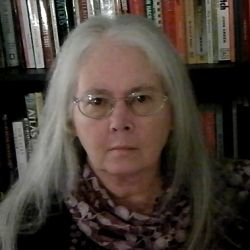 Good article! Twitter seems to be more complicated than I realized. You gave me a lot to think about. I've got almost 1000 followers but have never used the site to full advantage. Do people actually sit around reading tweets all day to see if their favorite Twitter friends are posting things? How does that work? What is Twitter really good for?

Friends of Persona Paper, just like in our hashtag here for those who took the challenge suffolkjason gave us.

Most people don't read more than what they see in their Twitter streams when they visit the site. That means they may only see one screen at each visit, which they skim through looking for something interesting. Experienced users use lists and hashtags to filter content to what they most want to see. They also check interactions to see who has responded to a tweet or retweeted it. I very often see interesting tweets and follow the links. But it's important to schedule or just tweet so that tweets go out several times a day to reach the most people with at least one of your tweets. Your thousand followers won't all see every tweet. Half of them may be inactive and of the rest, only a few will be on twitter when your tweet comes through. But some will see your tweet and some may retweet it to a larger audience of people who don't follow you.

Nice tutorial on gaining a Twitter following. My following is growing steadily. I'm finding that now that my profile has attained a certain amount of visibility, the trolls and haters which I had never noticed before are getting in my face. Most annoying. But you know what? They ain't gonna make me leave or stop tweeting. They need to get a life and stop trying to disrupt my life. Other than the nuisances who tweet nonsense at me regularly, my overall Twitter experience has been very pleasant. I'm glad to have an account. :)

I block anyone who is really obnoxious, but I've not had too many of those. Yet. Maybe I don't have enough followers to merit them yet.