DO YOU KNOW DONNA McKECHNIE? YOU SHOULD! 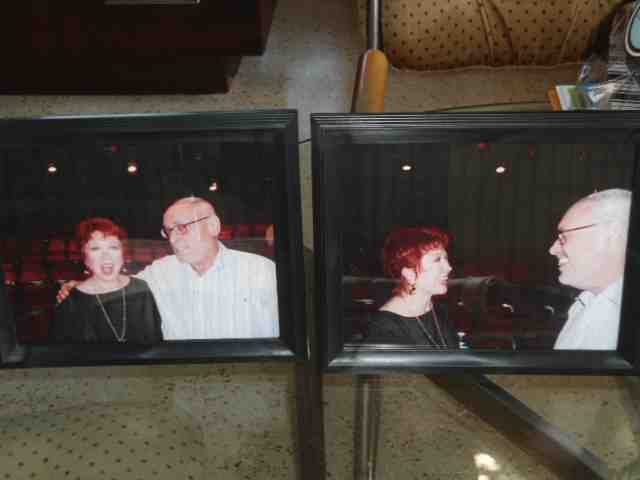 I fell in love with Donna McKechnie on a stormy, snowy night on Broadway in New York City. Due to the snowstorm a lot of tickets were available to shows that normally were sold, or near sold, out and “Promises, Promises” was one of them and we (my partner at the time Bernie--more about him in another post) got 2 great seats. I can pinpoint the minute I fell in love with her and that was when she started to sing and dance “Turkey Lurky Time” in an office number with 2 other dancer/singers that would become one of Broadway musical most famous numbers.

And then came “A Chorus Line” which I have already written about. Donna McKechnie was along on stage singing, dancing and acting to “The Music and the Mirror” for 8 minutes and ended in a roar from the crowd that stopped the show. (You can see a version on youtube.) It was that year that she won practically every award that a Broadway performer could get, including the highest, The Tony Award.

It was February 18, 2012, and I was already celebrating my 18th Leap Year birthday to take place on February 29th. There was a new theatre opening in Manalapan, Florida, and the opening show was Donna McKechnie one woman show “My Musical Comedy Life” and then was going to do a Master Class in theatre the next day. There was no doubt I was going to be at both.

Donna had developed crippling arthritis and was told she would never dance again but she did, maybe not as perfect as before but you saw her 36 years before in your head as you watched her. She told behind the scenes stories that made you laugh and, sometimes cry, and she talked about being married to the brilliant Michael Bennett who was responsible for “A Chorus Line”, getting divorced and his dying of AIDS in 1987. By the time she sang her last song of the show she had the audience, including me, eating out of her hands.

The next day at a Master Class for University students you could see the love she had for Broadway and how much she wanted the kids to feel that which they did as did the adults, me in particular, and it was the best birthday present I could have gotten.

After the show she met with individual audience members and talked to each one as if they had been friends forever. When I went to talk to her she flashed on a smile that melted me and her laugh, when I told her about the snowstorm and falling in love with, came from and sparkled with her whole body.

I have seen the best of the Broadway musical women stars like Ethel Merman, Mary Martin, Gertrude Lawrence, Nancy Walker, Gwen Verdon, to name just a few, but Donna McKechie will always stand above them! 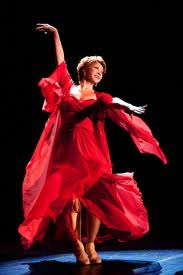 Image Credit » PICTURES OF DONNA McKECHIE AND ME TAKEN BY ALLEN, OWNED BY ME

HOW I BECAME A "A CHORUS LINE" GROUPIE/JUNKIE

I'm afraid I don't follow the theater, so I am not at all acquainted with Ms.McKechnie. I can see that I have missed a lot.

She has a lot of movie and TV credits--google her or go to wkikpedia.com